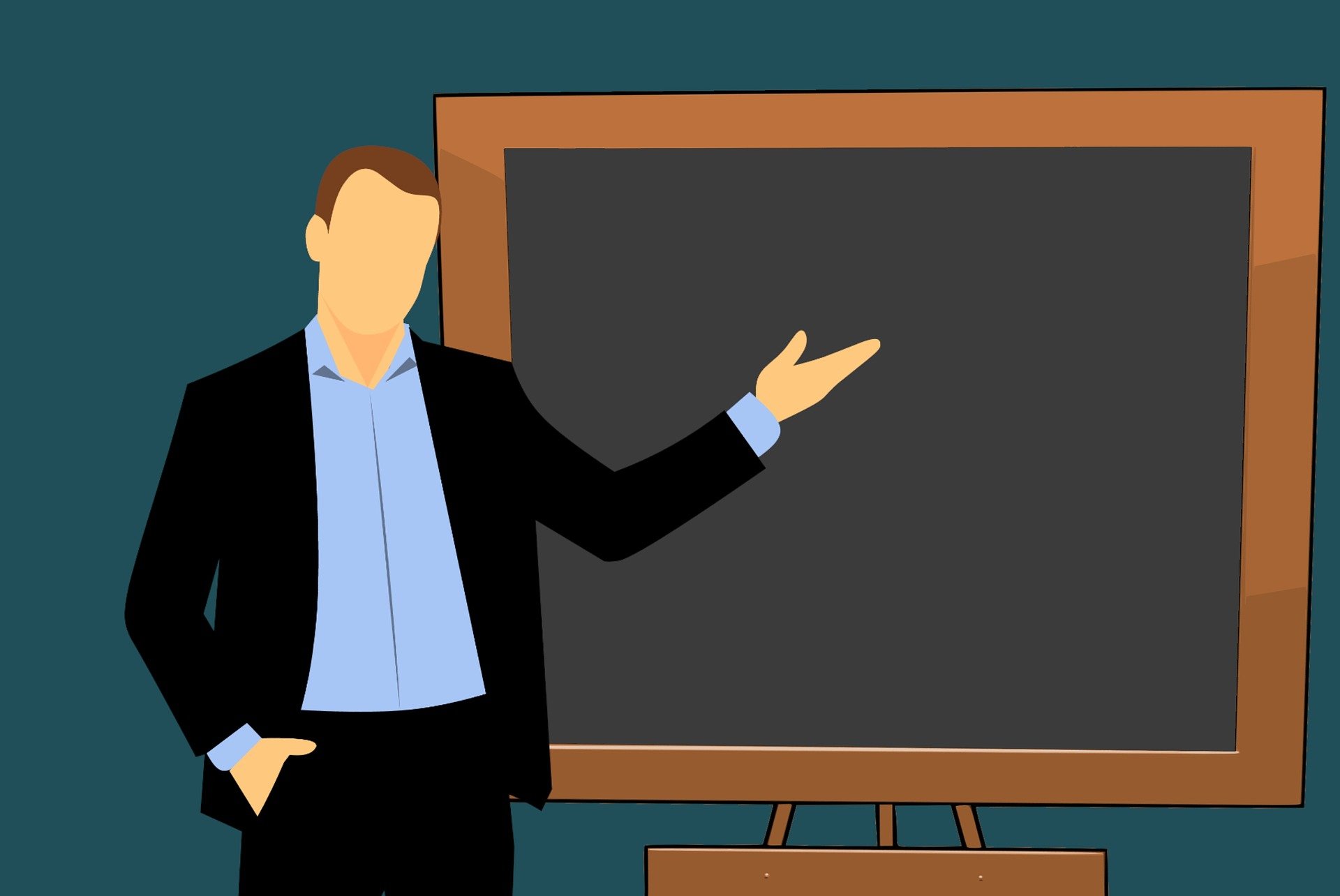 Lockdown Lessons: Looking Back At Quarantine

Though there are still countries in the world that persevere through the hardship of the pandemic, many are now reaching the end of what has been an unprecedented, turbulent, and in many ways tragic series of events.

The one uniting factor that nearly every individual in the country was, and to a lesser extent, continues to be affected by is the national lockdown; of which the UK has seen three.

In just over one month, the UK’s lockdown restrictions are going to be all but over. Though the road has been long and there have certainly been dark days, they were not without silver linings. Here are some of the lessons learned over the lockdown period.

The Importance Of Routine

Despite the terrible implications, many I know rejoiced at the news of not having to work for at least 3 weeks (and getting paid for it too). Now, whether that says more about us as humans or more about the social constructs we have built around ‘work’, I do not know.

What I do know is that after 2 months of being housebound and waiting for something to change, the idea of going back to work didn’t seem like the worst idea. This isn’t to say that people were craving to get back to being a cog in the machine (we’ll get to that), but to have a structure in their lives; a direction to be heading towards.

It turns out that most people need some sort of routine in their day-to-day to feel like they’re actually living. Routine gives us a decided structure; it helps us feel in control. It gives us things to focus on and prevents us from stressing over insignificant details, which in times like these, is essential.

Banana bread was baked; languages were learned; running gear was donned, but there are only so many laps you can do before your local park begins to feel as enclosed as your house.

Our Dependence on Socialising

I always held the belief that when needed, I fare quite well on my own. It turns out, I don’t. That’s not to say I’m incapable; I’m aware that socialising is a large part of my identity and lifestyle, but I’ve always enjoyed a bit of ‘me time’. This was of course until the choice was taken away from me… for the best part of a year.

At our very core, we are social creatures; it’s how we’ve got as far as we have as a global society, and forms the base of many of the decisions we individually make. There are studies that have proved that socialising (or lack thereof) can have significant effects on one’s health; both psychologically and physically.

I am extremely fortunate in that I was never truly alone; I live with 3 of my friends who were incredibly supportive of each other throughout the experience. Despite this, there were times when the imposed isolation took its toll and I desired more than what I had. I wanted new experiences; new memories and craved large-scale interaction.

Like so many, I realised my dependency on socialising to feel that some part of me was fulfilled; that feeling alone for extended periods of time can be psychologically damaging.

Most (Corporate) Employers Do Not Care About Their Employees

You’d think that dedicating most of your waking hours in a week to a (multi-billion pound) company that feels entitled to all the hours in your life, might provide you some security in uncertain times. That said company may feel the same level of entitlement to make sure their employees are cared for, even when they’re not lawfully able to work.

Well, you’d think wrong, as I learned the hard way. This is not to say that all employers treat their employees poorly, as I know many people who were well taken care of; not just financially, but emotionally and psychologically too. However, this is severely outweighed by the number of people who were let down, let go and/or forgotten about over the last 14 months.

“You are simply a cog in the machine and cogs are replaceable.”

What became apparent as unemployment figures soared higher than they had in decades, and from my own and others’ personal accounts, is that most corporate employers do not care for their employees. You are simply a cog in the machine and cogs are replaceable.

This pandemic has highlighted the necessity for legislature that promises a certain level of commitment to an employee. Not necessarily financially; but if an entire management team knows an employee is not being paid for at least three months despite having rent and bills due, it would seem appropriate to be checked on.

Some (Extended) Time Off Was Needed

I know, I know; in some ways, it contradicts points I’ve already made, but it is still a genuine truth that applies to many. While I could pick my bones with all the individual lockdowns, the extended time away from work and any real responsibilities, certainly in the first lockdown, was welcomed.

“Those first three months off, despite the context, was exactly what I needed to reset.”

From a personal perspective: I had just moved to a new city 6 months prior to March 2020; I had effectively forced myself into a full-time job with little to no prospects, out of a need to pay bills; I had a degree I wasn’t sure I wanted and I had just come out of a relationship, all leaving me fairly overwhelmed. Long story short, I couldn’t see my life going anywhere.

Those first three months off, despite the context, was exactly what I needed to reset. For the first time in a long time, I had time to focus on myself. Within a week, I had thrown myself creatively into music; something I loved and made up a part of who I was, that I hadn’t been able to dedicate any time to for what felt like forever. Over a year later and I’ve managed to maintain the momentum; I’m even in talks to get some tracks released.

I’ve discovered that, after years of telling myself I can’t, that actually, yes, I can indeed cook (and pretty well, if I do say so myself). I’m trying new foods, testing different styles and cuisines; I mean, I’m basically vegan?! I’ll also note I am now the undisputed banana bread baker in the house.

Learning The Worth Of Your Labour

What’s also become apparent in this time away from 40+ hour work weeks is that humans aren’t meant to work 40+ hour work weeks. I am a firm believer in working hard; that if you want something, you dedicate time and effort to getting it. What I don’t believe is that we should exhaust ourselves over-working, for little pay or recognition, for companies and corporations that, when push comes to shove, will drop you like a hot plate.

I’ve learned that any job where the thought of going back to it makes you physically sick, isn’t worth doing. Though the choice to leave this job resulted in a few months of financial uncertainty and a different kind of stress, I am now in a better, much happier, and much more rewarding place and position. Sometimes you just have to take the plunge into the deep end.

Realising How Fortunate You May Be

Once again, the severity of the global situation cannot be understated. While everyone has suffered in some way, many have suffered indescribable losses, be it loved ones; jobs; housing; or declining health conditions.

“Not everyone has been permitted the same sort of chance to bounce back.”

Living through this experience – with people dying, families starving, and mental health issues increasing – makes one reflect on just how lucky they are to have only been affected in the ways they have been. Yes, I had bad days; yes, I was made unemployed for three months; but I’ve recovered and am in a better place than I ever was. Not everyone has been permitted the same sort of chance to bounce back.

So while we progressively get out of this vicious cycle, let us all count our blessings, remember that we’re all in this together, and look out for one another. In the coming months, let us look forward to making new memories and stories that will last a lifetime. Maybe you’ve got your own set of lessons you’ve learned over lockdown? Valuable knowledge like that shouldn’t be left to memory alone; get it down on your Iternal timeline and immortalise your wisdom for generations to come!

This website uses cookies to improve your experience while you navigate through the website. Out of these, the cookies that are categorized as necessary are stored on your browser as they are essential for the working of basic functionalities of the website. We also use third-party cookies that help us analyze and understand how you use this website. These cookies will be stored in your browser only with your consent. You also have the option to opt-out of these cookies. But opting out of some of these cookies may affect your browsing experience.
Necessary Always Enabled
Necessary cookies are absolutely essential for the website to function properly. This category only includes cookies that ensures basic functionalities and security features of the website. These cookies do not store any personal information.
Non-necessary
Any cookies that may not be particularly necessary for the website to function and is used specifically to collect user personal data via analytics, ads, other embedded contents are termed as non-necessary cookies. It is mandatory to procure user consent prior to running these cookies on your website.
SAVE & ACCEPT